Your enquiry has been successfully sent to the store owner.;

This is one of world’s most beautiful island chains made of 21 islands, islets, reefs and narrow passages situated in front of Hvar, by the name of ´Paklinski otoci´ (or Hvar’s isles as locals would refer to them) is a unique and the most recognisable natural beauty of Hvar. Once bare, tame isles covered in fragrant heather, with a few fields (in olden day people sowed there wheat), and a small village Volker; today represents a spacious tourist resort of Hvar – famous by far Hvar’s sunny Arcadia.

Nowhere else in the Mediterranean has such a phenomenon been preserved so well with its rectangular plots measuring 1 by 5 stades (about 180 by 900 metres), bordered by drywalls end crisscrossed at regular intervals by pathways. There is also a small airfield for light aircraft where you can book a flight to get an aerial view of the plain. 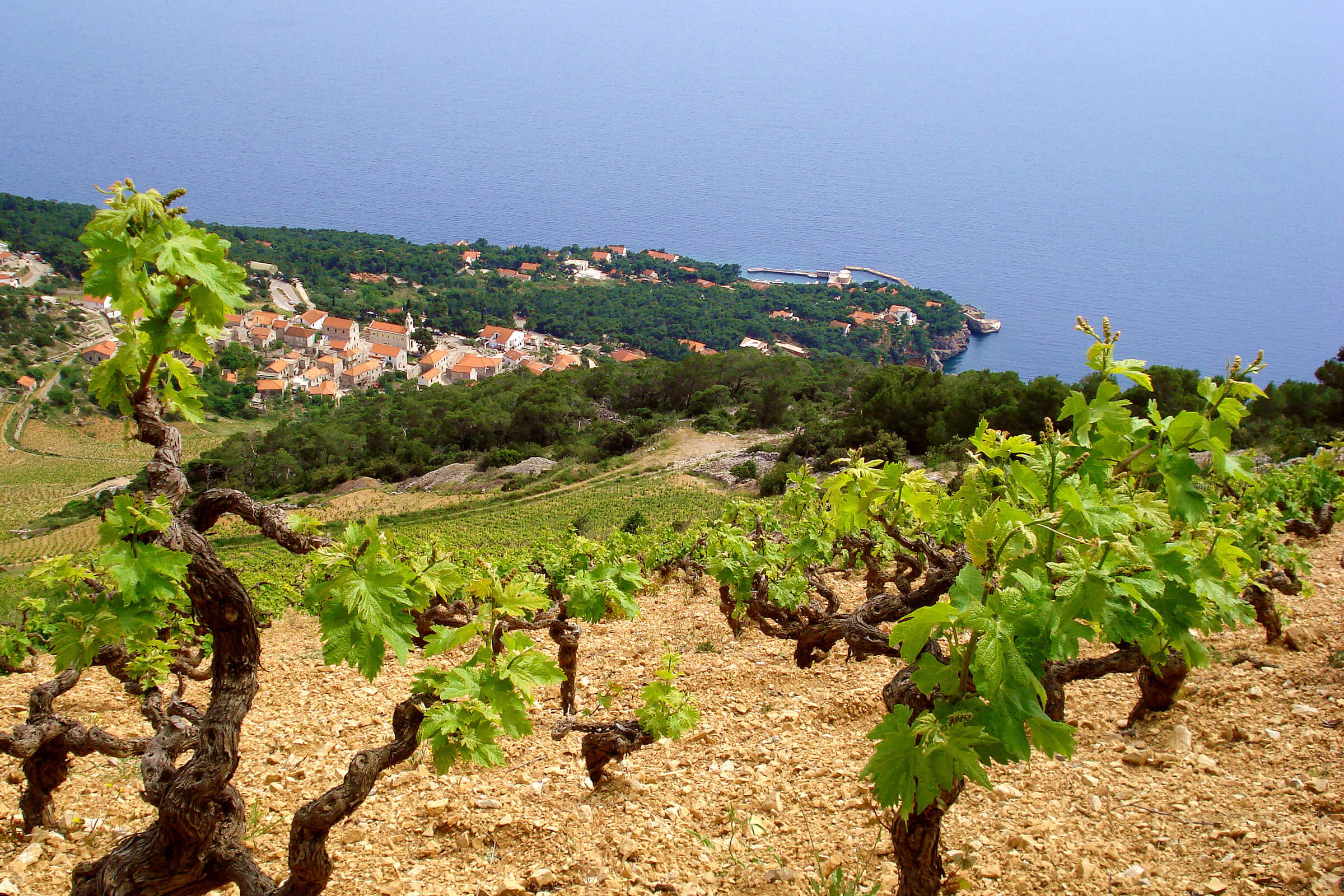 A visit to some of Hvar’s most renowned wineries will give you the opportunity to not only taste some of the best quality wine, but also enable you to grasp the differences in the aromatic smells and tastes. Some vineyards are positioned on steep hills, with grapes absorbing year round sunshine and spectacular views stretching over the horizon.
Our recommended wineries: Ahearne – Vrisnik, Carić – Vrboska, Duboković – Jelsa, Huljić – Jelsa, Hvar Hills – Vrbanj, Pinjata – Vrboska, Plančić – Vrbanj, PZ Svirče – Vrbanj, Tomić – Jelsa, Vujnović – Sućuraj, Zlatan Otok – Sv. Nedjelja.

Red Rocks (Crvene Stijene), 8 km east of the town of Hvar, are unusual and picturesque play of nature. Layers of lime-stone, between which were once layers of breccia, have risen vertically in ancient geological history of Hvar. The softer breccia layers were washed out by the rain and sea, creating the vertical hollows of a reddish colour that today appears as a gigantic organ streaming from the bottom of the sea.

Cave is situated above Sv. Nedjelja village. Its size is grand and it’s interior impressive. Ancient people used it as a cover, and for religious services. In 16th century a small hermits’ refuge was built there, and traces of it can be still found today. Visitors can reach the cave easily.